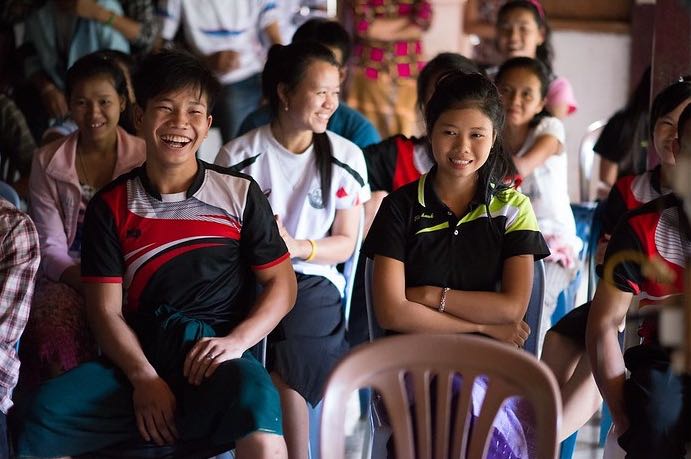 The project is aimed at students who wish to extend their studies and are interested in non-violent social change. After completing the course, graduates are encouraged to take on leadership roles within the community and share their knowledge with Karenni refugees and internally displaced persons (IDPs). In addition to the ten month training course, SDC runs a five month intensive program (Advanced Community Management Training Course) for seven graduates of previous training courses to give these graduates the opportunity to continue their studies and further prepare them for leadership roles with community-based NGOs. This program will be implemented in collaboration with EarthRights International and Burma Volunteer Group.

Since 1962 Burma has been ruled by a brutal military junta with a long history of human rights abuses and persecution of the country’s ethnic minorities. Karenni State is the smallest and poorest of the ethnic minority states of Burma and decades of persecution and oppression by the ruling military has forced thousands of Karenni people to flee to the Thai border and many more to become internally displaced.  Around 23,000 Karenni people reside in camps in Mae Hong Son province. Refugees are confined to camps where they have minimal access to education. As a result, most Karenni people are unaware of their human rights or ways to protect their human rights. Creating awareness about matters such as human rights, democracy, the rule of law, government, etc., is vital in order to develop a strong and active civil society. SDC hopes that this project will pave the way for political change and improved conditions for Karreni people in Burma.

The student’s 6-month curriculum consisted of multiple activities. The fieldwork portion of their training allowed students to share and compare data and information gathered from their local communities. The students also spent considerable time at Nan Soi village. Here the students received lessons on English and computer usage. During the course of this project and Internet line was installed in the Social Development Centre (SDC) office. This has allowed students year round access to knowledge and ideas outside of the refugee camp. A debate was held during International Rights Day. Attendees to the event include past SDC students, community leaders, local Community Based Organisation staff, and students from other refugee camp projects. These debates helped to reinforce what the students have learned and provided them with a safe environment to voice their opinions.

Their training and hard work during their time with the SDC has prepared them for creating their own organizations, involving themselves actively in their communities, and proliferating the knowledge of human rights in Burma.

A former child solder, Yen Ling was accepted into the SDC’s program. Yen Ling had never learned about the importance of human rights, the environment, or the rule of law. He did not tackle problems in his old communities but instead ignored them.

Through the opportunities provided by the SDC, Yen Ling has regained purpose in his life. He has learned that his actions affect others and that his rights are no more important than the rights of others. He uses newly learned problem solving skills to settle disputes respectfully in his community.