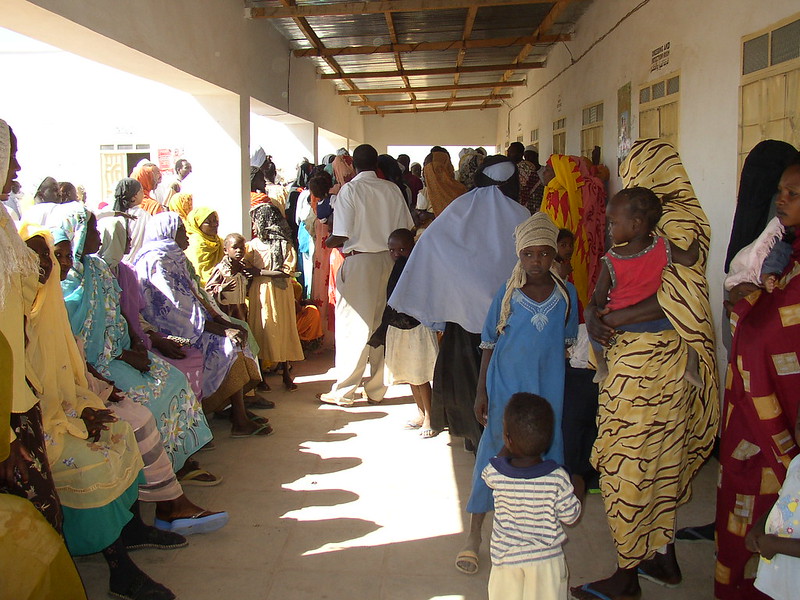 This project conducted eye care outreach missions in refugee camps in Chad. Christian Blind Mission (CBM), together with local partners, had been conducting these missions to refugees, internally displaced persons (IDP) and local communities in Chad since 2007. The CBM team provides treatment, medication, and surgery.

Specifically, 1,600 people were screened for eye diseases and received medical treatment, and a further 400 people received eye surgery. In order to ensure the sustainability of the project, 90 nurses and community workers were trained in screening processes, early identification of eye disease/blindness and post-surgery eye care. The training of community workers is vital to increasing awareness of eye disease and blindness in refugee camps and the local community.
The purpose of these outreach missions is to address the prevalence of eye disease and blindness in Chad—a country with one of the highest rates of blindness and low vision in the world. People in Chad, particularly those living in refugee camps, are vulnerable to blindness and eye diseases due to a number of factors, including ongoing political instability, poor living conditions, limited access to clean water and sanitation, and the absence or lack of qualified ophthalmologists. Eye disease is reported as one of the main causes of morbidity among the refugee population, despite the fact that many cases are treatable with proper medical attention.

Conflicts in neighboring Darfur in Sudan and the Central African Republic have resulted in Chad hosting hundreds of thousands of refugees. According to the UNHCR, there were currently close to 338,500 refugees from Darfur and the Central African Republic in the southern and eastern parts of Chad. Furthermore, inter-ethnic conflicts between Chadian communities along the Chad/Sudan border have forced thousands of people to relocate to other parts of the country. The growing number of refugees and IDPs in Chad places additional strains on already limited local resources, such as health care and clean water, making the need to address the prevalence of eye disease and blindness increasingly important.

Due to an extremely high demand and need amongst the target population, the target of 1,600 consultations was substantially surpassed. As a result 3,007 people had their eyes medically checked and received the appropriate medical attention whether this was drugs, surgery, non prescription medication, prescription glasses or a combination of these. In total, 3,944 individuals directly benefited and about 15,776 indirectly benefited.

In addition the mission conducted a very successful training component which will contribute to building the medical capacity and knowledge of health professionals working in the area. 138 1st, 2nd and 3rd year trainee nurses and 3 senior nurses/Heads of Health Centers were trained in a range of topics relating to effective eye care treatment and prevention.

This project specifically targeted both the refugee population in the region as well as local host communities and as such both groups benefited from the services provided by the outreach mission.

I am a housewife and I live in Amtiman. I became blind due to cataract. It has been 4 years since I have been able to see anything around me. I lived in the dark, in total darkness. I became dependent on my children who led me everywhere and did all the work for me. I became a burden to my children. My kids heard of eye doctors who were to come to our city Amtiman. So they decided to take me to see them. I had surgery and only a day later I began to see again. While I was blind, I gave birth to a boy named Brahim but I did not have the chance to see his face, I only heard his voice. But now I can admire my son’s beautiful face. Now I can walk alone, I will again prepare food for my husband and my children. I will also resume my activities as a small onion seller that I had to abandon because of my blindness.