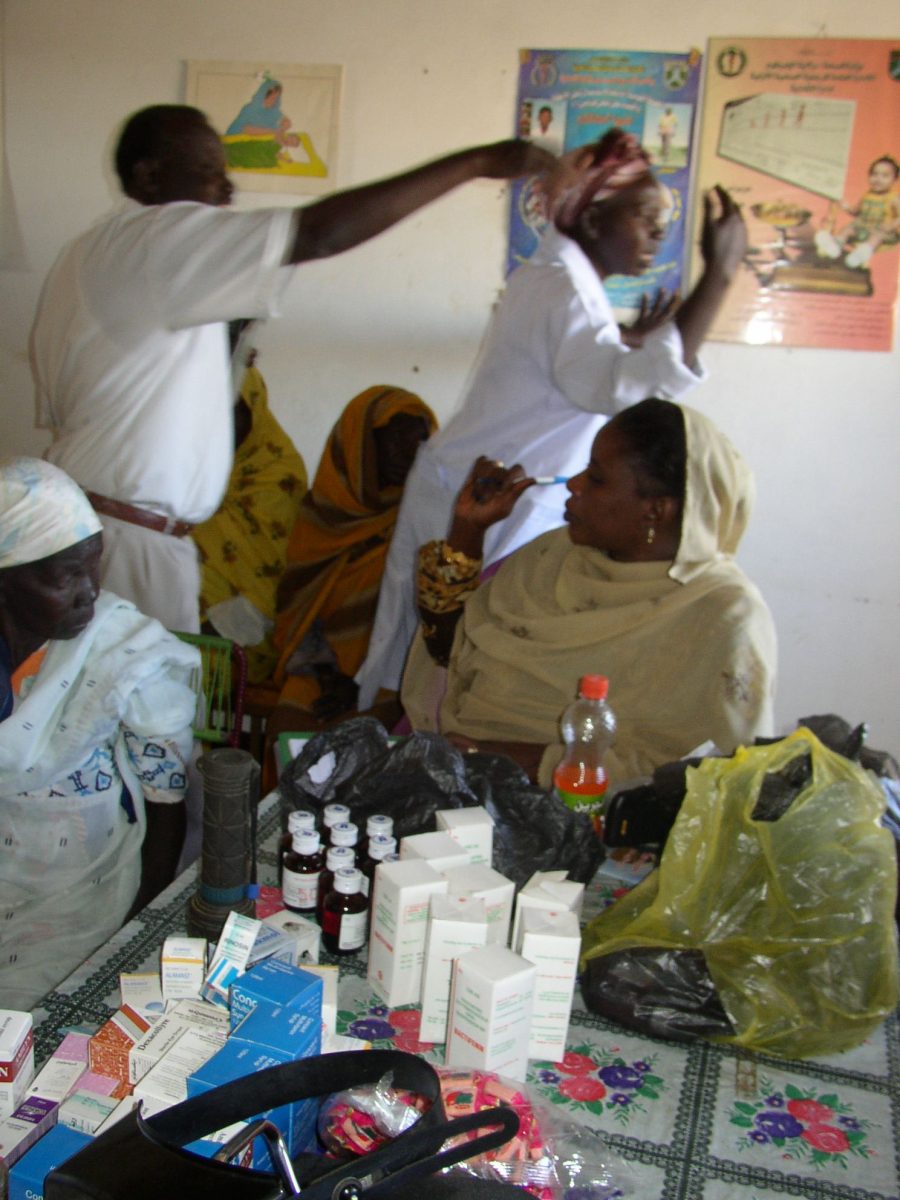 The Darfur region has hundreds of thousands of displaced people of which more than 1,200, 000 persons are totally deprived of basic and vital services such as eye care and an important part of the population is at risk of becoming permanently blind if nothing is done. There is also a very high rate of cataracts amongst the elderly. The result in some cases is total abandonment of the elderly, as the family cannot take care of the burden of the blindness.

The outreach mission will target refugees, IDPs and the local community in the town of Amtiman and the surrounding refugee camps. 1,600 individuals will be screened in the camps and receive necessary medical eye care such as consultations, treatments and medication in the camp and up to 400 individuals will undergo eye surgery at the local hospital. 90 people including hospital nurses, local health care professionals and community workers will receive various skills training about awareness of eye diseases, their causes (such as hygiene), basic prevention, treatment and care after surgery. The community workers, who are often refugees themselves, are also trained to share their learning within their community.

CBM works with and on behalf of people with disabilities in the poorest regions of the world. Since 2007, with the massive influx of refugees in the Darfur region, CBM together with local partners have supported the population of the refugee camps as well as the neighbouring population in Chad by providing emergency eye care through outreach missions.

Chad and Sudan have one of the highest rates of blindness and low vision in the world, and account for nearly 30 % of people living with blindness in Sub-Saharan countries. According to the WHO, 75 % of blindness is considered preventable. The main factors increasing the prevalence of blindness in Chad and more particularly in refugees’ camps are the permanent political instability, poor living conditions, the absence or lack of a qualified ophthalmologist, and limited supplies in essential drugs. According to refugee camps health statistic reports, eye diseases are among the top 5 causes of morbidity among the people.

The number of people screened for eye diseases and receiving medical eye care was slightly less than planned (1,600 – planned, 1,490 – achieved). This was because the area had already been visited 2 years ago and there were fewer backlogs than usual. 392 people underwent eye surgery for their cataracts and 94% of them recovered their sight as a result. 112 people were trained in eye disease screening and awareness and a further 122 people received prescription glasses.

Despite the fact that this is the second time that the CBM outreach mission team have visited the area (one mission was organized in 2007) the remaining high number of people still coming for consultations and surgeries, highlights the huge needs remaining in other areas.

Fathma brought her young son to the consultation. The family fled Darfur in 2005 after their village had been attacked. She was pregnant at that time and she delivered a few months later in the hospital near the refugee camp run by an NGO. She came to the clinic because her son, Abderahman, had an infection in his eyes. Indeed, the eyes were swollen and he could hardly open them. Fathma is worried because she has already seen this so many times and she knows that if nothing is done, the boy will slowly lose his sight. Abderahman was suffering from trichiasis, the early stage of trachoma. A very minor surgery was required and an antibiotic treatment to make sure it stopped permanently. The doctor also inspected Fathma’s eyes and she is starting to develop trichiasis as well. For her, it was still early and the drug and ointment was enough.

After a few days, both Fathma and Abderahman got better. Not only do their eyes not make them suffer anymore, the prospect of becoming blind has disappeared.