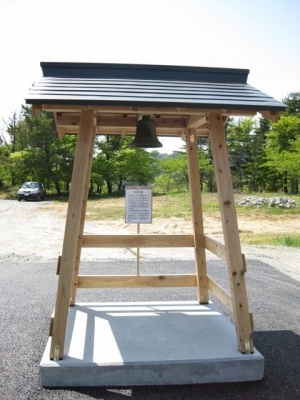 This project set up a website for the Chime of Hope Shopping Centre in Onagawa, Tohoku. The temporary centre, housed 50 shops, 3 banks, a post office and a police box, providing a crucial opportunity for Onagawa to boost its economy and support the remaining survivors in their hope for a full recovery. We provided funds to create a website to help publicise the Centre and encourage visitors to give a much needed stimulus to the local economy.

Onagawa was the closest town to the hypocentre when the tsunami struck and with waves of up to 15m the town was been completely devastated. 85% of the town’s population of 12,000 were severely affected and with the entire commercial centre having been destroyed the economic situation was dire. The newly built Chime of Hope Shopping Centre was the only commercial hub then and had the potential to significantly improve the standard of living for the local community.

Through the development of a website, the Shopping Centre became well known, encouraging tourists and bringing much needed investment. The website also sold local products, made by survivors such as the “Onagawa Curry Book” and “Onagawa Hero Eager” items. A blog provided a personal perspective on the recovery efforts to engage and encourage support from the wider online community.

Before the Tohoku disaster, Onagawa housed over 12,000 people, numerous shops and businesses and a school. Only the school and a few other buildings survived as they were situated higher up in the town and avoided the path of the tsunami. 85% of the population was severely affected by the disaster which is the highest percentage of a town’s population in all of the affected areas of Tohoku. Now there are only 8,300 survivors living there. The Shopping Centre is named after one of the four big bells that used to be at the train station. Each time the train came in, the bells were rung and this sound was a symbol of Onagawa’s connections with other towns. However the station was completely destroyed and the tsunami swept away the bells. One of the four, however, was recovered at a later stage. Despite the scale of tsunami damage, the bell was fortunately found in a good condition and is therefore used to symbolize hope for the recovery of the town.

With this project, REI took a step outside the usual framework for support. This was reasoned with the need to do what REI does best, support people to rebuild their community.

The original plan of creating a website for Chime of Hope Shopping Center was changed to a website which is managed by both the Chamber of Commerce and Tourist Association. The website covers the entire Onagawa Town and gives information on the city itself as well as tourist prime spots. To create one website for all information was seen as more resourceful, sustainable and cost-effective.

The website was originally created by Sonobe Co. Ltd., who also trained Onagawa Chamber of Commerce in managing the website, communicating through social networking sites and how to use these tools for marketing.