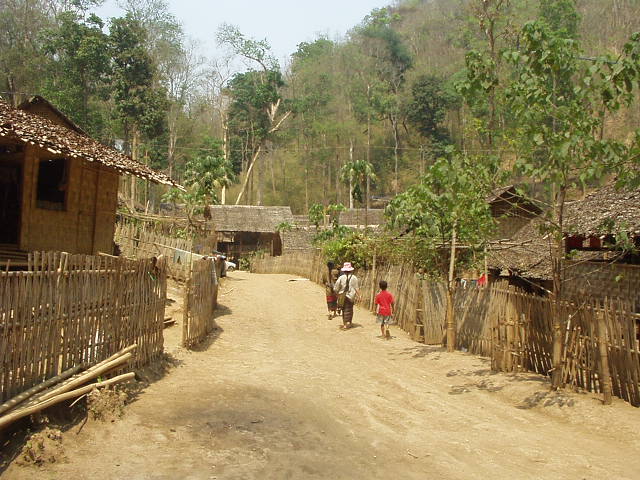 Refugee Empowerment International has funded EarthRights International alumni small projects with great success for a number of years. EarthRights International founded the first EarthRights School (ERS) in Thailand in 1998 catering to refugees from Burma, teaching the skills necessary to actively participate in rebuilding their societies both outside and within Burma. The ERS Alumni programme was established to assist its graduates in pursuing opportunities to build a strong and independent base in preparation for return to Burma is the focus of this funding support request.

As a result of social and economic development, the levels of drug abuse have increased in the Kachin community among women, yet there is less documentation about female drug users than male users and data about female drug users is also incomplete. This is the 1st part of a longer term project that will improve the lives of women drug users in Kachin State. The funding will be for field research to gather data that accurately reflects the reality of these women’s lives. Current official data does not reflect the problem in full. This project will address these issues and will use the findings as an advocacy tool and basis for providing counselling, medicine and information to assist women in the longer term.

KWAT program. interviews were conducted in 3 areas and a survey was held in another area. The survey found that 31% of drug users were 16 to 25 years old, 31% of 26 to 35 years old, 29% were 36-45 years old and 9% were over 46. By interviewing drug users, the project was able to determine that knowledge of HIV/AIDS was low although many suffer from it. A vicious circle was discovered whereby drug use led to prostitution which led to human trafficking and HIV/AIDS. The results from this project provide KWAT with knowledge about the community from which rehabilitation, counselling and training about STI`s, human rights, gender equality and the Environment can be conducted.

Ms K is from a villiage in Burma near the Thai border. She is the eldest of five siblings. She had to find a job in China to support her family but found herself at the mercy of drug traffickers. Escaping this situation in 2006, she had no choice but to sell drugs to continue to support her family. Being in this environment she started using drugs and eventually found out that she was HIV positive.

This project will improve the knowledge of the local people in Northern Shan State about the impact of trafficking and smuggling in Palaung areas.  Five workshops will be held between December and February in Muse and Namkham Townships on the China-Burma border, Northern Shan State. Each workshop will last 4 hours and 10 participants (youth, women and local villagers) will be invited every time. The workshops will give the participants information about women’s rights, trafficking situation in the China-Burma border, its impacts and how to help preventing this from happening.
Results
The workshops successfully reached 50 people (30 females and 20 males) in the Ta`ang area on the China-Burma border. The Team Project Assistant Coordinator held 3 projects in Muse Township. A total of 30 people attended these three workshops in February and March. Two other projects for 10 people each took place. One of these included some families who had sold their daughters to Chinese men to be trafficked. The community were educated for the purpose of discouraging further trafficking.

This project will help the Shan refugee workers in construction areas in Sankhan Phaeng who live in very poor conditions and lack knowledge about how to protect the environment in which they live. Their homes are surrounded by rubbish that they will later burn, causing environmental and health problems. The proposed training will encourage young Shan refugees between 13 and 20 years old to take care of the area in which they live. 20 participants will attend this training which will be held for 2 days during 4 months.

22 young refugees were successfully trained on waste reduction and reuse as well as how what they do effects the environment. The location was changed to Pong Yain due to some migrants moving to different areas for work and others being busy sorting out visa issues. Despite this, the desired numbers of people were reached and they ended the program with greater environmental awareness and respect for the environment. Further steps include making a documentary to reach an even wider audience.