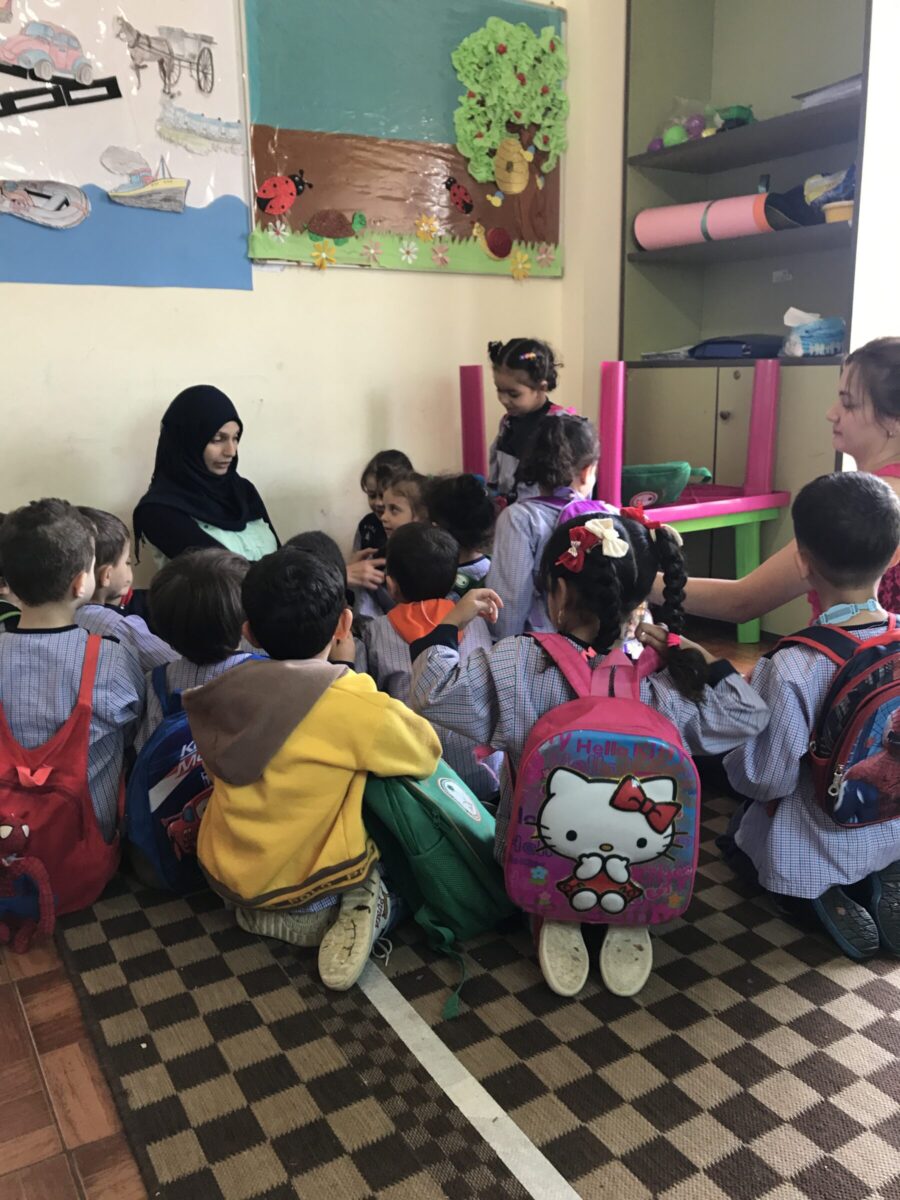 One of the projects funded by REI is a kindergarten for Syrian refugee children in Wadi Zayne in the south of Lebanon. The kindergarten, which serves 100 students in the region, is staffed by teachers from the refugee community who are able to use their existing professional skills rather than seek other, often exploitative, forms of employment.

Yousra Hendeya is 38 years old. She and her husband are from Damascus but had to flee to Lebanon to escape the war. Their two daughters were born in Lebanon, but Yousra tells stories to them about their life in Syria so that they know where they are from and what their home was like before the violence began.

One of her daughters, Maria al Sharif, is a student at the kindergarten. Before she was enrolled in the program, Maria was quite lonely and struggled with her pronunciation. Now, she talks a lot–almost too much, Yousra jokes. Maria loves her friends and her teachers at the kindergarten, and begs to go to school even when her mother has told her she cannot. Maria’s enthusiasm for school illustrates the importance of the kindergarten program in a country where only 30% of school-aged Syrian refugee children are estimated to be receiving an education, and where Syrian students often struggle as Arabic speakers in French- and English-speaking Lebanese public schools.

Project funding covers teachers’ and teaching assistants’ salaries and tablets for the children when they attend online classes from home. You can help support the kindergarten by making a donation here.