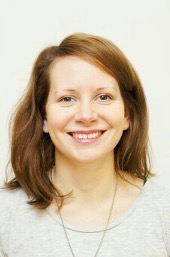 My name is Siri, I am from Norway and I was an intern at REI in the autumn and early winter of 2014. I recently started a new job and I am now working as an organization advisor in a local NGO focusing on female health. I will work on improving the internal structure of the organization and hopefully contribute to growth and increased outreach.

My internship at REI was part of an MSc in Globalization – global politics and culture, an interdisciplinary master’s degree focusing on political, economic, cultural and social trends post 1800s. In the third semester, all students completed an internship as well as an independent project on a topic related to its field. I chose to apply for an internship at REI because of the organizations transparency, the core values, as well as the small scale and flexibility of REI. My application was met with swift and positive replies, but also some challenging questions. Luckily, the conversation ended in an invitation to an intern – and the adventure began.

There was no boring day when working at REI! Whether small or big, all tasks had a clear aim and goal. I was welcomed to participate in the planning and organizing of a collaboration with five international schools resulting in a wonderful concert; “Light up the life of a refugee child”. I worked on events such as the Imperial Palace Loop Relay and the Great Wine Bluff, and attended board meetings, meetings with other NGOs and REI-students from Waseda University. I was challenged on new ideas for social media channels and the website, and additionally completed smaller administrative tasks such as system and archive updates. On all tasks I was offered guidance while still being challenged to develop new skills. In short, there was certainly no day like the other!

While at REI and in Tokyo, I met great people: the wonderful volunteers and supporters from various countries, others interns such as Gabby, Maurice and Esther, and of course Jane herself. The team was diverse and inspiring, and I feel lucky to still be in touch with friends from my time in Tokyo, both from REI and outside the office.

The experience I had interning at REI has had a great impact on the choices I made later in life: First, I ended up writing my project paper on protracted refugee settlements after learning about refugee camps on the border of Thailand and Myanmar. Later, I also wrote on the work of DARE, an organization supported by REI, and my master’s thesis was inspired by REIs projects.

Second, after graduating I worked as a coordinator in the section for migration at a local Red Cross office. I started shortly after Norway opened the borders for refugees fleeing the war in Syria, and me and my colleagues worked with volunteers who contributed to the refugees’ resettlement in all ways possible; language lessons, through practical tasks, teaching social and cultural norms, and through friendship and being there for someone else. Our section cooperated with other NGOs, with schools and the municipality, hoping to make the transition to a new home just a bit easier. I learned to appreciate what I have, but also about both devastation and kindness like no other.

Later in life I have had several jobs focusing on minority issues. I have worked both on projects in the public sector and with communication, and I have always found myself using skills and knowledge from my time at REI. As I mentioned, no day was ever the same, and I truly learned a bit of everything.

For anyone considering applying for an internship at REI, my only advice is; just go for it! It is a great place to work and you will meet fun, inspirational and intelligent people. REI has a lot to offer, and so does Tokyo. If anyone want to have a chat, please ask Jane and her team for my contact info and I will be happy to convince you to go for it!
Siri Solheim-Kristiansen