A Taste of Turkey 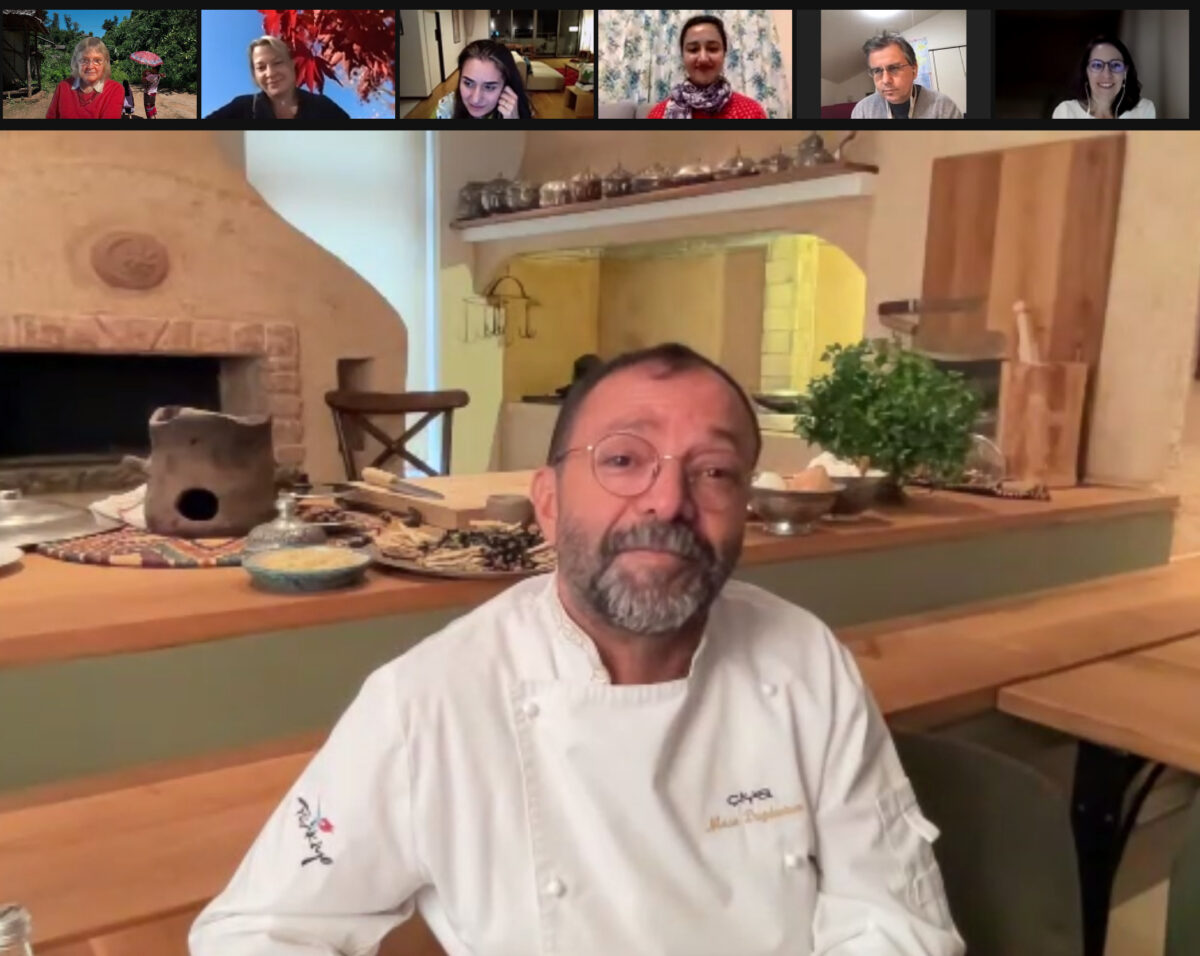 On 4 December 2021 REI hosted an online adventure into food traditions and shared culture with Chef Musa Dağdeviren in Turkey. It was a truly interactive event, with the participants asking questions and sharing thoughts throughout the two hours.
The recording of the webinar can be viewed on Youtube. We will send the link upon receipt of a donation.

Chef Musa is a world-renowned chef who was profiled in the Chef’s Table series on Netflix, and the event gave us an exclusive sneak peek into one of the special kitchens that he uses for special occasions. We learnt about the rustic vessels he uses, and enjoyed listening to the stories and traditions behind the two dishes he prepared – one sweet – ‘Halvah’, and one savory – ‘Haram Piyaz.’

Chef Musa’s vision of a borderless food culture uniting humanity throughout its civilization was at the core of the event. He pointed out that everyone has either an immigrant ancestor or that they themselves have been immigrants at some point, and he described how this enriches cultures. His thoughts regarding how important it is for refugees to preserve their cultures resonated very strongly with the values we hold at REI.

Interestingly, his comment “A rich person can buy what they want. A poor person makes their wealth by means of creativity” very much reflected the incredible creativity that we have seen demonstrated in the two REI Cooking Challenges.

Chef Musa knows that food unifies people of different backgrounds. He has spent his life dedicated to sharing the food traditions and culture of his home country, Anatolia, and the Middle East. As he moved around Turkey he found some culinary traditions were dying out, and is passionate about ensuring that they are not lost. He commented that “it is such a shame that we’re so disconnected from our country and culture”.

The event went beyond a cooking show, giving us rich insights into cultures, traditions, migration and our role in preserving and passing it on to the generations to come. It was a delight to collaborate with Musa Bey, and we look forward to finding other ways to work together with him in the future.

Chef Musa is a Turkish chef and owner of two restaurants in Istanbul, Turkey, publisher of a semi-academic quarterly magazine called Food and Culture, and five books. His first cookbook in English, The Turkish Cookbook, contains 550 recipes and was published by Phaidon in April 2019. Musa established the Çiya Foundation 10 years ago; producing research and projects in relation to food and drinks culture.